Recent developments in the field of urban street design have seen the emergence of the concepts of “integrated street design and shared space, which include a range of streetscape treatments aiming at creating a better public realm by asserting the function of streets as places and designing more to a scale aimed at easier pedestrian movement and lower vehicle speeds. This contrasts the traditional approach, according to which pedestrians and traffic are kept apart through street furniture features, or even grade separation.

Traditionally, street design was driven by the concept of segregation of pedestrians and vehicles. The priority was to allow for quicker access and movement of the vehicular traffic by limiting conflicts and human-dependent decisions and by designing streets according to the desire lines of vehicle drivers. As opposed to that, the desire paths of pedestrians were often neglected, with structures such as pedestrian subways, bridges, guardrails and walls restricting their movement. In recent years, however, street design has shifted gradually towards the concept of integration and shared space as a means of creating a better public realm, mainly by asserting the function of streets as places rather than arteries and designing more to a scale aimed at easier pedestrian movement and lower vehicle speeds.

Integration and space sharing are used as a means of creating a better environment, mainly by introducing single surfaces and pedestrian-friendly features (e.g. seating) while removing elements, such as street furniture, signage, delineation and kerbs. While early examples focused on residential areas, more recent examples are gradually being introduced at several locations worldwide. In the UK, the approach has been formalised into a guidance document, the “Manual for Streets” [1-2], according to which several street layouts have been redesigned, with prominent examples including Exhibition Road [3] and Oxford Circus [4] in London. In the former, a previously conventional dual carriageway road was replaced by a layout featuring: re-allocation of road space from vehicles to pedestrians; unravelling of a pedestrian-unfriendly one-way system; and re-design of pedestrian crossing facilities. In the latter, a previously segregated junction with barriers limiting the overflow of pedestrians onto the street level was “opened up” to allow for diagonal crossing and for pedestrian movement to follow the main desire lines. 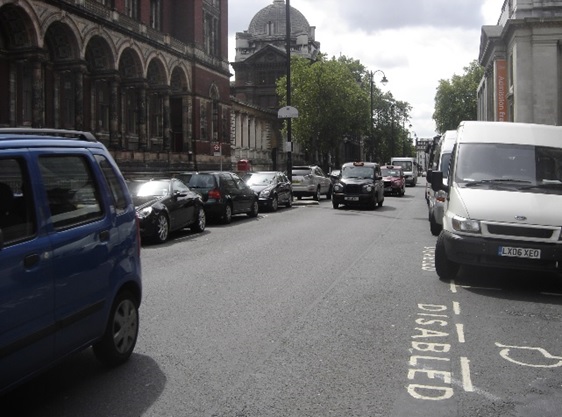 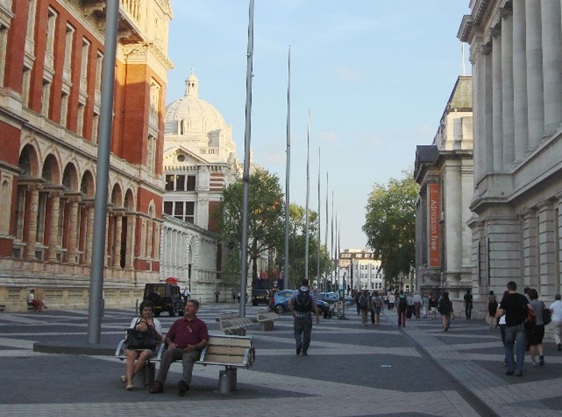 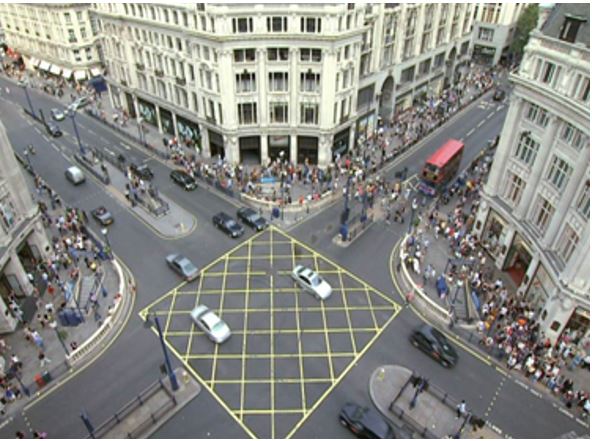 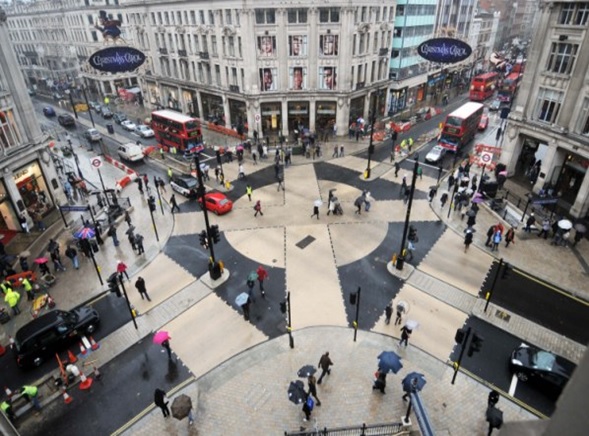 Results from the implementation of such schemes have shown that benefits can be achieved in terms of road safety (e.g. fewer high-severity traffic conflicts, and so lower accident risk) [5], but also often in terms of mobility efficiency [6]. But most importantly, significant benefits in terms of user behaviour and perceptions can be expected as a result. For instance, research has shown that such interventions increase the confidence of pedestrians in the street and empower them to assert their presence, whereas at the same time, introduce some level of ambiguity for the drivers, and as a result increase their alertness [7-8]. As concerns perceptions, studies have confirmed that pedestrians feel more comfortable in streets redesigned with such interventions compared to their pre-redevelopment layouts [9-10]. So appropriately modified schemes could potentially be relevant for implementation around critical road safety sites, such as schools. Although these schemes have increased empowerment for vulnerable road users in general, one group that perceives disadvantages is the visually impaired. Technological solutions in terms of navigation aids might be considered here.

Being permanent interventions requiring the re-design and building of infrastructure, schemes of this kind naturally come with a high implementation cost and effort, especially if the bureaucratic processes of local authorities are considered, which can cause substantial delays. Nevertheless, putting in place dedicated infrastructure to empower pedestrians and improve their safety by calming traffic down can be very beneficial, and very much a long-term goal of any city authority. Budget-permitting, such schemes can be implemented fairly efficiently as part of a city-wide street design strategy.